After graduating from University, I moved to New York City for a year and became immersed in a world of community gardens and squatters. And then, quite abruptly, in 1999, I moved home to northern Cape Breton and became a fisherman.

And there in my little village, together with an unlikely collection of disgruntled youth and brave citizens, we squatted and eventually took ownership of my former elementary school building to create a dynamic and much needed community centre. More than a decade later it is still going strong.

In a community that has little else by the way of social services or infrastructure, we dreamed big. We founded a restaurant, a bakery, a children’s playroom, a health centre, a library, a gym, a public-access internet cafe, and a youth club with a pool table. We held dances and folk fests, play days and sports events. We started with nothing but gumption, in a community that was – and still is – occasionally divided by feuds and tormented by substance abuse and violence. And we made magic, investing our hopes and aspirations back into the community, making a safe place for children to grow and adults to learn, reinvigorating the bonds of friendship and mutual support that are so vital in a remote village. 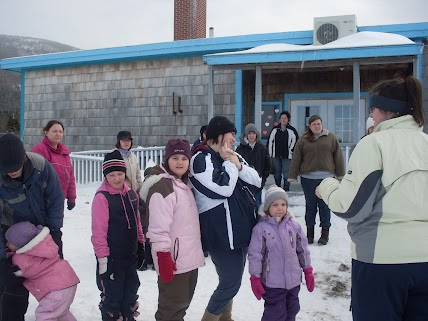 There, in my late 20s, in my former elementary school building, working alongside those other community volunteers, I found my stride and discovered my strengths as an organizer, a negotiator, and a leader.

I directed the project for three years, and then managed to hand it off into capable hands before I moved to South Africa and on to a whole new life.

I go back for a month every summer with my family. It remains the home of my heart.