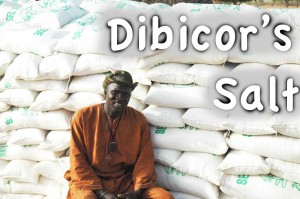 I made this film with former Newsday correspondent, Samson Mulugeta for the Canadian NGO, Micronutrient Initiative. We shot on the Khao Lak salt flats in Senegal and edited in South Africa. The film showcases MI’s struggle to enlist small-scale salt harvesters into the global program to fortify salt with trace amounts of essential iodine. The people who are most vulnerable to the mind-numbing effects of iodine deficiency are mostly poor and in remote inland areas, far from the sea — we shot in Tambacounda near the Mali border — but, the clever people at MI work at the point of production with the tens of thousands of small-scale coastal salt producers, so that the inland people who consume the cheapest salt will also get the iodine they need. The 2008 Copenhagen Consensus ranked fortification with micronutrients among the top three most cost-effective public health interventions globally.

You can watch the film on the MI site here.